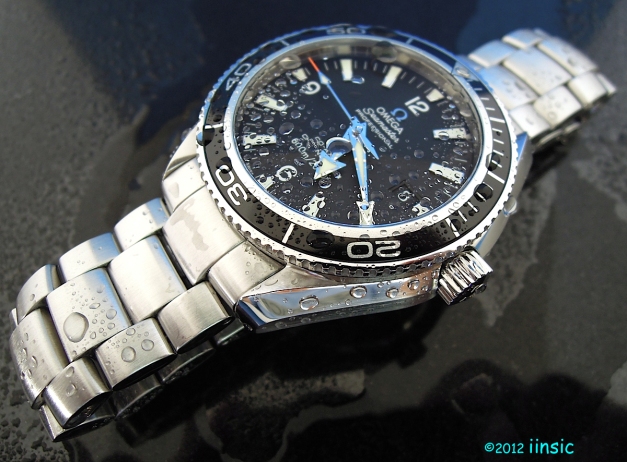 My first dive watch, received as a gift upon completing my dive certification in 1967, was an Omega Seamaster 300 on a rubber strap. For more than a decade, it was my almost constant companion … with the exception of a pocket watch fetish I developed in college and a brief dalliance with digital watches in the 1970s. Sadly, it was lost at sea in 1978, and I have never stopped missing it. 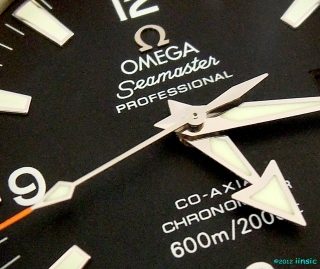 In the past few years, I have learned about vintage SM300s that could be had for a reasonable sum. Even more interesting were those Watchco versions. Watchco, an Australian company, at one time was an Omega service center and parts distributor. When the service center relationship ended, Watchco began assembling Seamaster 300s from factory-new parts, and inserting a vintage movement to create a working watch. While not cheap, it was a good way to get a modern version of a vintage watch, right down to a new dial with SuperLuminova.

For whatever reason, I have managed to resist the urge to snag one of these beauties. The price, which probably was about 10 times what my original cost new, certainly could be one reason. But the other is that we tend to romanticize things from our past, remembering the good things but forgetting the bad. As exciting as the possibility of owning a NOS (new old stock) version of my beloved SM300 might be, it was not perfect. The crystal had to be replaced several times, the watch was not the most accurate I have owned, and bracelets from that era were not nearly so refined as what we have today. So, from the standpoint of my personal collection, the SM300 remains where it is most valued – as a memory.

Not to worry, though. Omega extracted a generous portion of the “good” DNA from the SM300 and used it to create an entirely new, modern watch: the Planet Ocean. Introduced in 2005, the Planet Ocean (or PO to its legions of admirers) has become a favorite of Omega fans (for example, after its introduction, the Omega forum on WatchUSeek gradually metamorphosed from a predominantly pro-Speedmaster site to a pro-Planet Ocean site). And it is little wonder that such was the result. 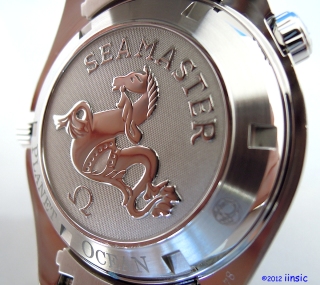 The PO bore a striking resemblance to the original SM300, right down to the fonts used on the dial. But the PO was a decidedly different watch. It featured a COSC-certified calibre 2500 movement, which is the co-axial escapement version of the calibre 1120, itself based on the venerable ETA calibre 2892-A2. The domed crystal was scratch-resistant sapphire. The caseback was an elegant carving of the famous Omega hippocampus. And the bracelet was a beautifully finished reinterpretation of the original SM300 bracelet, with solid links and endlinks, along with the famous Seamaster Professional fold-over clasp. 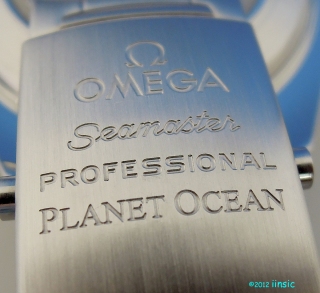 I was an early adopter of the Seamaster Pro when it was introduced as the watch of James Bond in the 1990s. It was an excellent watch for use on dives, not the least because of that superb clasp. It featured a double push-button deployant and a foldout divesuit extension that allowed the watch to fit comfortably over a 5mm wetsuit. For the PO, the bracelet was tapered slightly so that the clasp was 2mm narrower than on the Seamaster Pro, but the effect of this taper was to make the bracelet more gracefully conform to the contours of the PO case, and to make the clasp much more comfortable on the wrist. 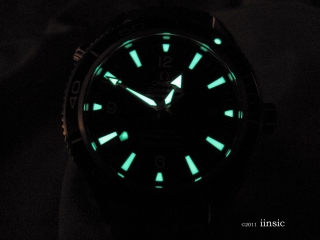 Omega created several versions of the PO. It was available in either a 42mm or 45.5mm diameter. It was available with either white numbering on the dial, or orange. And there also was an orange bezel as an alternative to the traditional black. But the model that most clearly evoked the watch on which it was based – the Seamaster 300 – was the 42mm version with white numbering and a black bezel, Omega’s ref. 2201.50.

The PO was not a thin watch, however. It carried a 600m water-resistance rating, as compared to 300m on both the Seamaster Pro and the Rolex Submariner.

The Seamaster Pro was only 12.7mm thick, whilst the PO gained to 14.5mm. The profile still was enough to allow the PO to fit beneath a dress shirt, so that it could make the transition from divesuit to business suit. 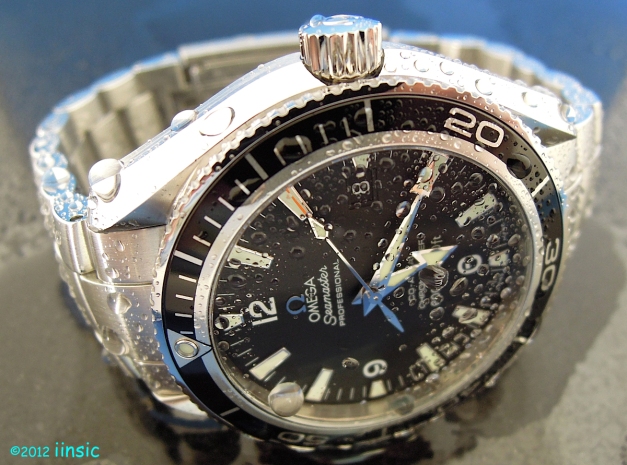 Sadly, the Planet Ocean was modified by Omega to allow it to incorporate a new in-house movement, the calibre 8500, and was reintroduced at Baselworld 2011. But the proportions were changed with this update, most especially with a thicker case. To accommodate the thicker cal. 8500 movement and an exhibition caseback, the case thickness increased to 16.3mm. This was almost 30% thicker than the case of the Seamaster Pro. The bezel teeth were modified to be a greater percentage of the bezel sides. And the bezel insert was changed to a matte black ceramic, which looked more gray than black. Whatever its positives, the new PO looked considerably less like its Seamaster 300 forebear.

Then, earlier this spring, Omega announced the discontinuation of the original Planet Ocean models with the cal. 2500, ending forever the production of this beloved dive watch. 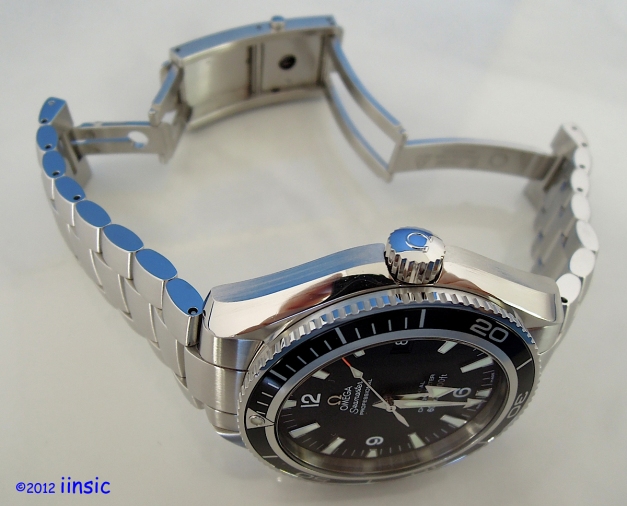 Hence this retrospective, to commemorate a superlative dive watch that was itself a paean to another famous dive watch. Certainly, the PO continues as the ceramic bezel, cal. 8500 version. But many fans of the Planet Ocean, myself included, struggle to accept this newer incarnation. For us, the Planet Ocean will always be the cal. 2500 model.